If you’ve read my blog before you may know that I’ve get up every morning to meditate at sunrise on the beach. Yesterday, I woke up anxious and then became excited and anxious when I went outside to see an orange glow in the sky, knowing that I still had a good twenty minutes before the sun would rise. Trying to stay calm which is usually really easy for me at 6 am, I headed to the beach, but I noticed an impatience’s, an irritability that had been plaguing me for several days, and where normally I would calmly follow the car ahead of me I sped up and went around them. When I came to the light that leads me into the beach parking it turn yellow way before I went through it. I parked and thanked the divine that I live close to the beach so that I didn’t injure myself or anyone else. I also took notice of this crazy manic energy that I was feeling, and became disappointed in myself, because I for goodness sake, am a yoga teacher, and I was showing up to the beach to MEDITATE! It WAS only 6am and there was only one other car on the road, in my one mile trek to the beach!  I told this to two other teachers, before a yoga class I was going to teach, who usually thinks of me as being very peaceful and serene, and they both responded back in harmony, that they too have been experiencing something similar.

It reminded me of an email I receive from Carol Allen, days earlier. Carol is a Vedic Astrologer, who’s messages are always right on, and I highly suggest that you subscribe to receive them. I met Carol Allen years ago at a writing retreat in Carmel, led by her equally inspiring sister Linda Sivertson.(Who if you have a book inside you waiting to come out, she is the one to contact bookmama.com) I still don’t know a lot about Vedic astrology, but I do know that as evidence simply by the rising tide with the full moon, that planets do have an effect on us. I read Carol’s email’s and she tells me about whats going on, so I don’t have to learn. In this email Carol talked about Mercury being in Retrograde until June 11, but it’s effect would still be felt because Mercury would not be away from Mars and Saturn until the 15th, which is today – Finally!!! Mars according to Carol, not surprisingly, is the planet of impatience, arguing, and fighting, but is also good for motivation and courage etc. Which not only answers why I was acting the way I was that morning but also embarrassingly why I had been in fighting mode a couple days before.  I’m not saying that there isn’t personal accountability to be had, but for those days when you don’t even understand why your acting a certain way – it may be because of the planets. This information also gave me huge relief while I was at Linda’s writing retreat. As it turned out all of us there, except for Carol, were Leo’s, and all had been going through a cycle of Saturn. Which is pretty much 7 years of bad luck, well – not really, although if you don’t know what your going through it can sure feel that way. Everyone goes through it during our lifetime in different aspects of our life, and it can be a good thing, a way of clearing out of everything that doesn’t serve you. In my case, I had been going through the cycles of Saturn in all three areas of my life at once. I definitely felt it. But until then, until I met Carol, I didn’t know anything about it. It gave me such a relief, to know that I didn’t create all of my mess myself. And, just as Carol said my time with Saturn ended, and I also began taking more efforts to place myself with positive thoughts, places, and things, and which if I would of done before would of lessoned the pain.  So just know that although we are personally responsible in how we handle ourselves their is more to life than some of us know.

Today, I feel like this is the longest day ever and I’m sure Carol could explain that to us to, so to end on a really happy note, equally exciting as it being June 15th and out of all that mess, is to note the above photo which is what I saw yesterday, just before sunrise, after all my craziness. 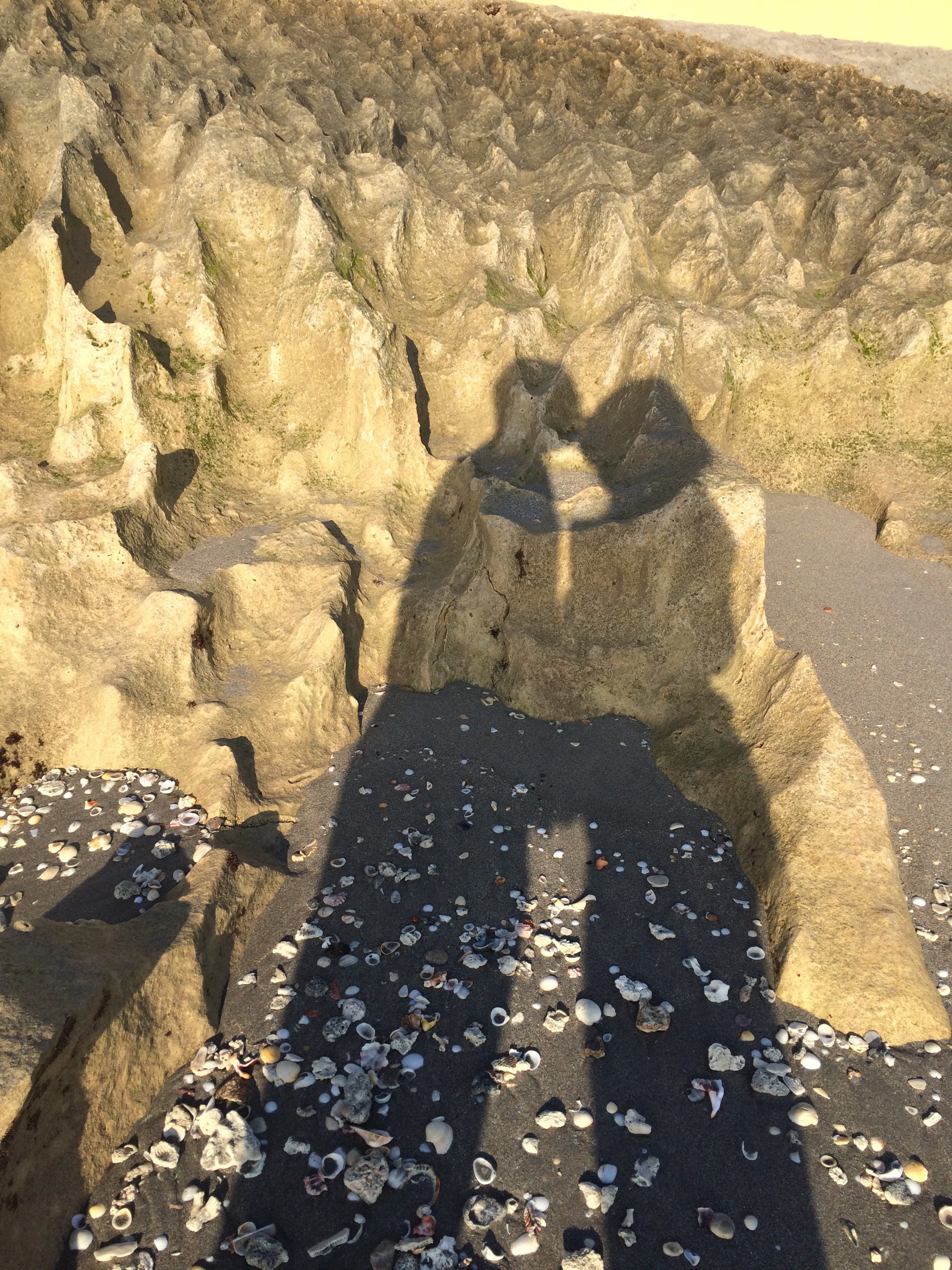 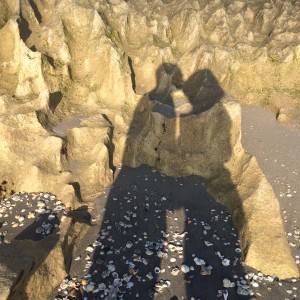 Whether you define success as money, health, relationships and/or just plain happiness, it all begins with being mindful and truly living in the present. When we rush through life, it’s not only your shadow among the shells and sand that you miss, but, you also miss out on the awareness of purpose, and of why your traveling on this path.  Start with where you are.  Learn to be present, meditate, see your truth. Live in this truth of who your are, and begin living mindfully in this moment. Being present is the most important part of living a balanced life, a habit that continues to reward us throughout our life. When we’re present in our jobs, relationships, or in any action, we consiously choose to do better, and we are better, and it’s because of the conscious mindfullness that we begin to have a greater success in our job, in our relationships, and with our health.

Succeed Mindfully – slow down, learn to see, live with awareness, notice, and gratefully experience life right now, right where you are, and then, you will truly know.

Meditate for a moment, with gratitude, of all that you have to be grateful for, starting with your breath… this is what I said at the end of teaching, my very first yoga class, this past weekend. Because in yoga, and in life, we begin and end with breath.  There are times in our lives where we forget that simple fact. We get caught up in the drama of whats going on around us, that we forget that we have anything to be grateful for, when we really have so much.

I believe that the things that come so easy to us, are our greatest gifts. We take our breath for granted, but without it, we would have no experiences at all. Think about how important your breath would be to you, if you knew you only had five more breaths. Think about other basic and awe inspiring gifts that you have; like your sight, your sense of touch, the ability to feel, to taste, to hear, to heal, to think. If any one of these were the newest invention, how badly would you want them. Think about other talents that are unique to you, they just come easy. You are amazing, and you didn’t even have to do anything.

Then give yourself a little self love , and reflect, – on just how amazing you are!