Last night I had the pleasure to hear and see The Swell Season – live at The Orange Peel, in Asheville NC.  The brilliant and passionate Glen Hansard, the beautiful and talented Marketa Irglova, and the superb sounds from violinist Colm Mac Con Iomaire, perfectly compliment each other.  The whole band was actually fabulous.  They were… real, and it’s that honesty in their performance that originally made me an instant fan, after seeing the movie Once.  A movie that both Glen and Marketa starred in, and then subsequently won an Oscar for Best Original Song “Falling Slowly”.  Which all reminded me of how moved I was by Marketa’s acceptance speech; she said,  receiving the award was a big moment for all artist.  Most of whom spend their time struggling.  The fact that she was standing there holding an Oscar in her hand, meant that no matter how far out your dreams are – it’s possible.   Fair play for those who dare to dream – don’t give up!  Hope at the end of the day connects us all no matter how different we are.

Cheers to Glen, Marketa, The Swell Season and anyone living their dream!

Some pics from concert below… Love, Goldi 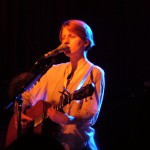 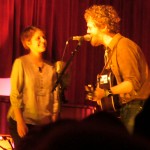 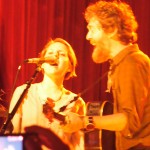 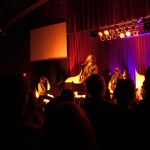 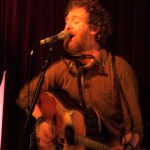 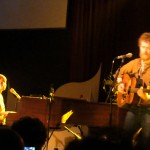